Justine Avle was reportedly pronounced dead after she was rushed to the hospital on Wednesday, August 3. Bernard and Justine married in 2011 and were blessed with five kids.

Mr Avle has on various occasions described his wife as his biggest inspiration.

Mr Avle is also the host of the Citi Breakfast Show and Point of View on Citi TV. 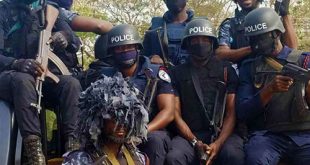