E-levy Review Good But Further Reduction Better MoMo Agents – The Mobile Money Agents Association of Ghana has welcomed the approval of the reduction in the Electronic Transfer Levy rate and the subsequent restoration of the GH¢100 threshold on daily transactions.

The Minority in Parliament succeeded in ensuring that government maintains the exemption of E-levy as the rate was further reduced from 1.5 to 1 percent effective 2023.

The levy had failed to meet all of its revenue targets since its introduction with players in the telco space raising concerns over the practicality of running an effective mobile money service with the levy in place.

Speaking to Citi News, General Secretary of the Mobile Money Agents Association of Ghana, Evans Otumfuo stated that the levy charged on electronic transactions must further be reduced in subsequent budgets.

In subsequent budget preparations and review of the whole E-levy, government must see the reason to reduce the rate further to encourage people to use the platform so that government rakes in a lot more revenue. If people feel that the rate is high, that is where they will begin to find alternatives and the reason for the policy being defeated.

Mr. Otumfuo added that government must intensify education on the reduction of the e-levy charges on electronic transactions.

“Government should really consider effective communication on this current review. I believe that once the communication is done well, consumers who do not want to use MoMo will realize that it is now becoming convenient.”

The agents have been pushing for a further reduction of the E-levy) to between 0.1 to 0.5%. 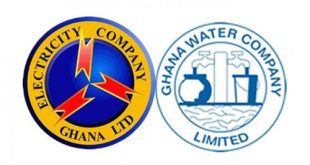