Maalin is an upcoming gospel artist and she tells all about herself (autobiography) in this post – My real name is known as Nsenyaane Linda. I was born on the 27th June, 1981 and a first born to both parents Madam Rita Danso and Mr. Emmanuel Kumah all from Yeji, Kojo-Boffour in the Bono East Region.

Among seven siblings, two at mother side and five at father’s side. I am a native of Yeji and Nchumuru (Guan) by tribe. I began my primary Education at Kojo-Boffour Primary School and completed at Sunyani Methodist Primary, New Town. there I was known as Linda Kumah. I attended L/A No.1 JSS, Yeji, Krachi Secondary Technical School and Government Secretarial school, Tamale.

My mate in Government Secretarial School used to called me Korean lady. I was an average student but I have managed to secured myself a job at the Ministry of Local Government and Rural Development through divine intervention, determination and hardworking. I am a singer and song writer, aside this I also work as a stenographer I (secretary) at Sene West District Assembly, Kwame Danso in the Bono East Region.

I started my singing career at infancy but got to realize the significant of music in my life when was in Second Cycle. During that period two of my female seniors with whom I attended the same church with, Angela Asare-Bediako, Rose Boateng and I decided to minister in Trinity Presbyterian Church Congregation, Krachi. During one of our Sunday Service in the year 2000 and it was our first performance, though I already had five composed songs in my possession by then with the title of my first song (I composed my first song in the 2000 with the title (Nyakopon yɛ ntɛm bɛgye me) due to trauma I went through at that time. We chose a song composed by Daughters of Glorious Jesus (Neɛ wo nhun yɛ).

The performance was awesome and fantastic, and that day became remarkable in my life. After our performance, I was approached by Catechist Nabenjon Yussif currently a Rev, Minister of Presbyterian Church of Ghana to join the church choir and that is how I became an active member of choir and praises team till date and I was in a singing band for a period. I was a member of the school choir before joining the church choir.

I am a shy and very quiet type who likes isolating myself from people but due to my musical career and church activities I have been able to overcome some of the fears in me through Christ who strengthens me.I have held the position of a Presbyter and Senior Presbyter at the Presbyterian church of Ghana, Kwame Danso, Victory Congregation, Sekyere Presbytery from 2012-2021. I’m single.

Even though I have written many songs but this is my first album which l am coming out with the title ‘’Onyame Calendar’’. I pray that this album will serve it purpose in the lives of listeners and travel beyond the boundaries of Ghana.

I would also like to take this opportunity to express my inner most gratitude to Mr. & Mrs. Baah their great impact in my life. May heaven hear their voice whenever you call and may they never lack in all aspects of their life. 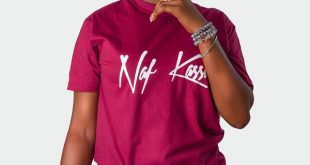