Ko-Jo Cue Reveals Tracklist And Release Date For His Upcoming EP – Ghanaian superstar and For My Brothers Hitmaker, Ko-Jo Cue has officially announced the released date and track list of his upcoming EP “21 Memory Lane”. 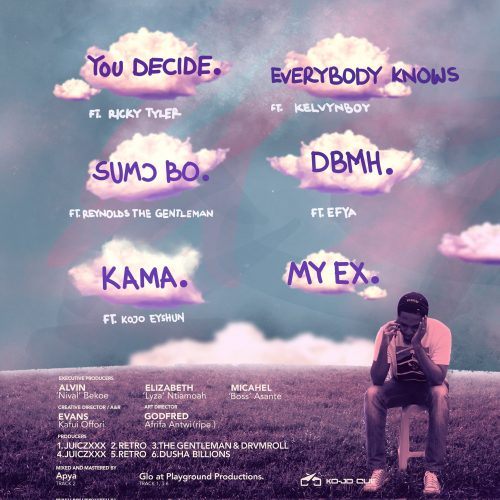 The Ep which was expected to be released earlier but postponed now drops 30th September exclusively on @BoomplayMusic and 15th October on all other DSPs. The Ep features @rickytylershow, @kelvynboymusic, @ReynoldsTGM, @EFYA_Nokturnal and @KojoEyshun.

Check his tweets below.

This is a journey into realms I’m not known for but it’s a hell of an adventure.

Thank you for staying with me. Full Tracklist in the next tweet. pic.twitter.com/6AXCjy6r7x

Out on all platforms 15th October. pic.twitter.com/iNM5VK9KaS