This comes after the Manager, Shadrach Agyei Owusu, also known as Snap Chavis Wayne, accused the ‘Kwaku The Traveller’ hitmaker of leaving him high and dry to sign a record deal with another label, Empire Entertainment, without his approval.

This allegation was made by one DJ Slim who accused Black Sherif of being an ingrate. DJ Slim alleged that the artiste had abandoned a 7-bedroom house, a car and other personal items his manager made available to him for his personal use.

In documents sighted, the suit was filed on Monday, April 11, 2022. Black Sherif is expected to respond to the suit in eight days. 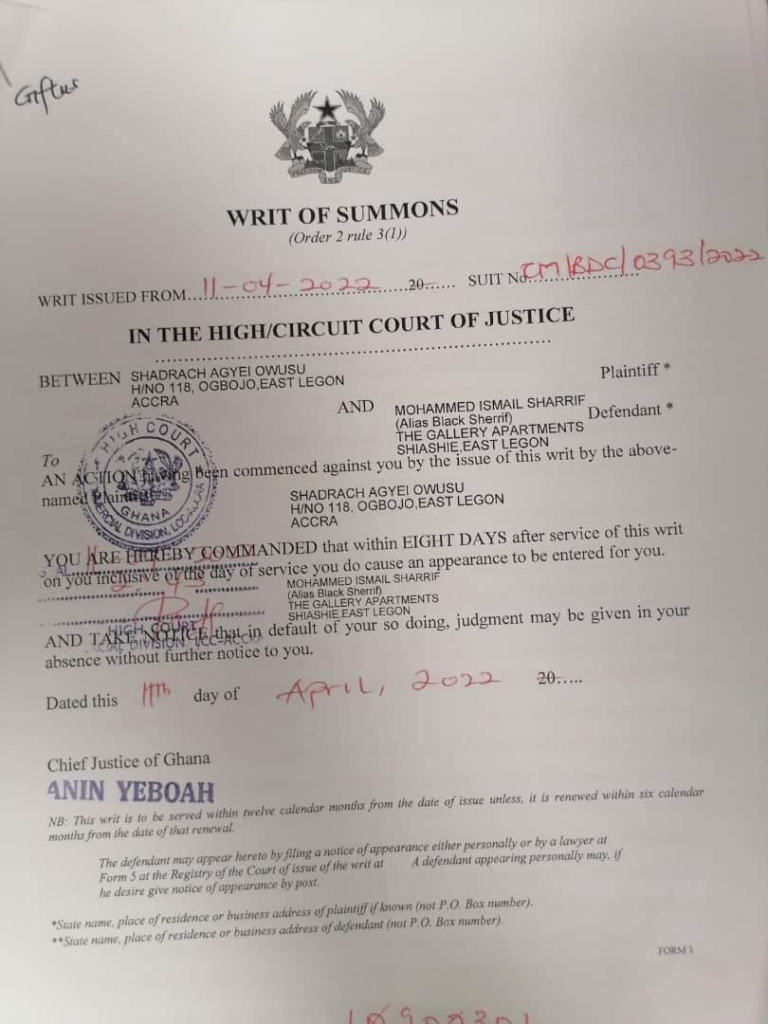 In other documents, the ex Manager, Snap [the plaintiff], is seeking an injunction to be placed on Black Sherif, restricting him from playing at any event until the case has been resolved.

The plaintiff is also asking for an order to be placed on the funds the rapper has accrued through streaming and other revenue sources.

Again, he is seeking “an order for the appointment of a receiver to receive any and all funds that may accrue to the Defendant/Respondent from the use and exploitation of his music and image.”

The court is expected to hear the case for the injunction on Monday, May 9, 2022. 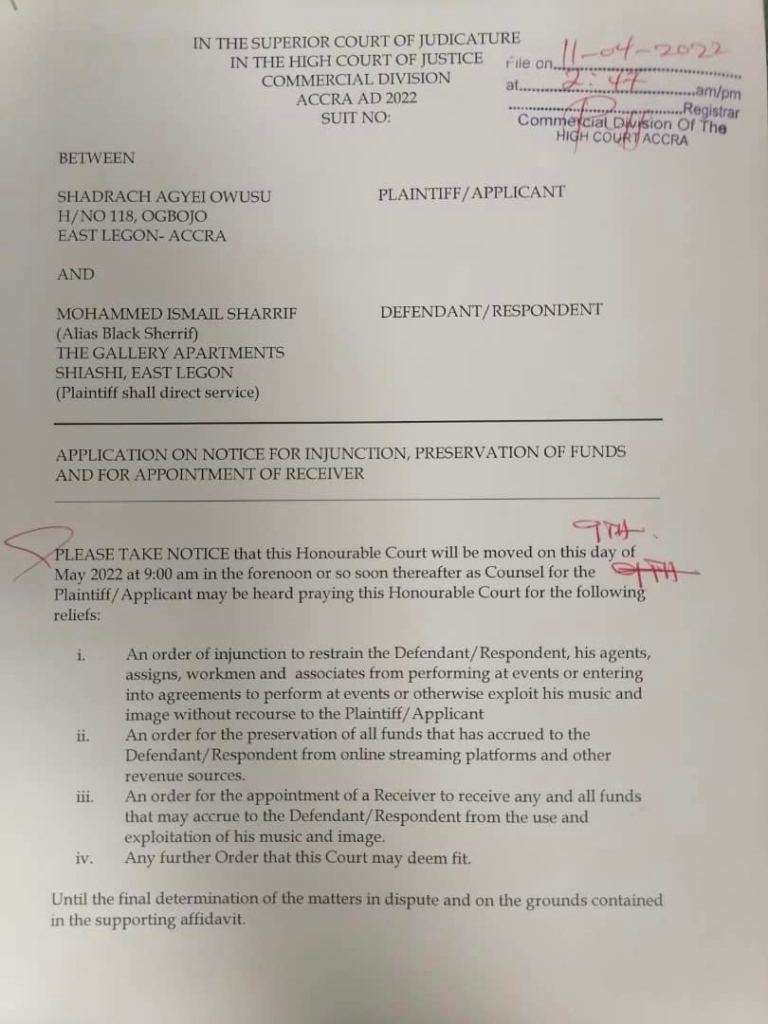 In February and early March, the fast-rising artiste faced public wrath after it was alleged that he signed a record deal with another label, Empire Entertainment, without the approval of his Management.

When the issue reached the court of public opinion, many people bashed the young musician for his actions. But, the current Manager of Black Sherif, Madonna, in an interview with ‘Da Don’ on Hitz FM, dismissed the claims.

He also revealed that Snap, who is accusing Black Sherif of leaving him, was only a Manager who came on board after the release of ‘Second Sermon’.

In April, Black Sherif released ‘Kwaku The Traveller’ to raving reviews. But some social media users have wondered if Black Sherif’s new song was a response to some allegations made against him by his investor.

He dismissed speculations that his new single ‘Kwaku The Traveller’ was written to respond to the controversies surrounding his management.

According to him, the song was written and recorded weeks before he was criticised for allegedly leaving his investor high and dry to sign with another label.

Speaking on UTV, he noted that “I wrote this song two weeks before January 24. I teased it on social media.”

Black Sherif stated that when writing the song, he only wanted to tell the story of struggling youth working continuously hard to fend for themselves.

Previous Spy D Attracts Sponsors In United State and United Kingdom
Next E-Levy: Full List Of Transfers That Will Be Free Of Charge