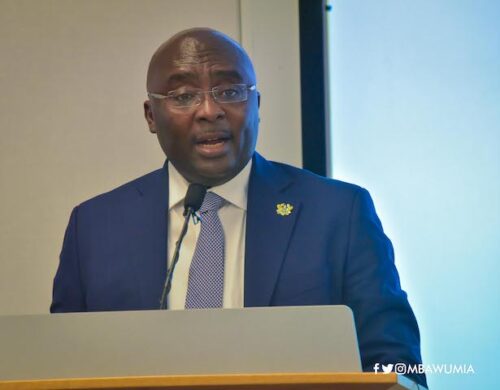 He made this known at the Town Hall Meeting at the Ghana Academy of Arts and Sciences in Accra on Tuesday, August 18.

VP Bawumia further uncovered that the Akufo-Addo administration is embracing a two-way approach towards infrastructural advancement in the nation.

This methodology makes it conceivable to cover all people in the nation under the project.

Dr Bawumia told the social event, among which are priests of state and different dignitaries, that: “Our focus has been to provide infrastructure for all. That has been the focus. And our approach to infrastructural development in Ghana has been two-fold.

“First, to provide the infrastructure needs of the poor and deprived communities at the micro level like water, toilets, clinics, electricity, markets. Many governments have ignored this historically.
“Second, our approach is to provide it for the broader infrastructural needs of the economy at the macro level to drive economic growth.

“Infrastructure for all includes all amenities that people need on order to unleash their potentials for their growth in their communities, constituencies and districts.”