UEFA CL: Foden Strike Sends Man City Into Knockout Stage; Olympiakos 0 – 1 Man City – A dominant display from Manchester City yielded only one goal, but that was enough to see off Olympiacos and qualify from Group C.

Phil Foden’s only strike in the first half sealed the victory as the Premier League maintained their perfect record in Group C winning all their matches despite two games remaining.

City, who scored nine goals across their opening three group games, were quickly on the front foot and Foden stung the palms of Sa with a low drive, with the goalkeeper also gathering a Gabriel Jesus header.

Jesus came far closer to breaking the deadlock on the half-hour mark, racing in behind before seeing his shot blocked away by the defiant Sa. 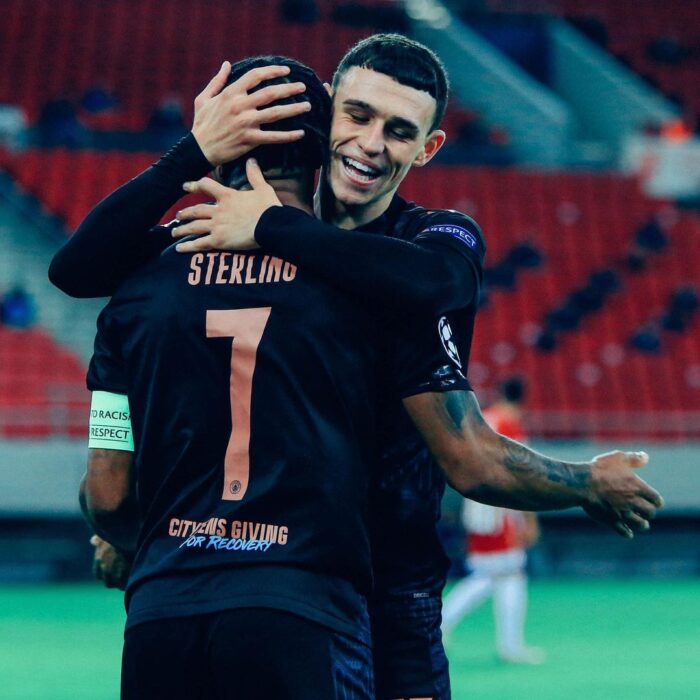 The visitors kept the second half alive with Olympiakos not threatening the City defence much. Ederson enjoyed his surrounding with no shots whatsoever from Olympiakos.

Foden almost doubled the advantage in the 71-minute following a Cancelo effort. The Portuguese floated the ball towards the back post but Foden nodded well wide. He arguably should have headed the ball back across the face of goal but the chance went begging.

Man City failed to take their chances but it was a job already done as they qualified for the last 16 for the eighth year in a row.