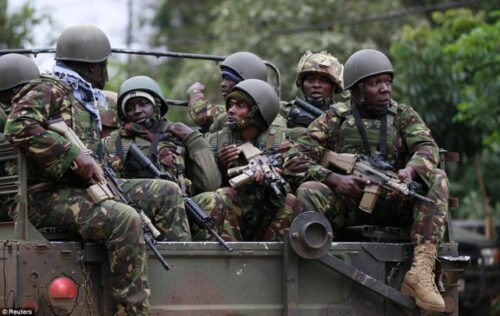 Soldiers have assumed control over registration NDC laments – The opposition National Democratic Congress has denounced military authorities in the Ahafo Ano North of keeping its authorize operators from observing a registration exercise which occurred at the Tepa SHS on Saturday.

As indicated by the Ashanti regional branch of the opposition party, the soldiers disclosed to them they were under directions not permit operators of the NDC at the centre.

In an announcement, the party stated: “We regret to make public that our registration agents accredited by the Electoral Commission to Tepa SHS in the Ahafo Ano North Constituency were physically prevented from undertaking their lawful duty by the Military.

“Again, the Electoral Commission in spite of the flagrant disregard for its own publication, deployed sixteen (16) BVRs to the Tepa SHS for registration”.

The statement stressed: “Unfortunately, heavy Military officers were deployed by the state to the Tepa SHS and they prevented 14 of our agents from performing their lawful duties. Sadly, Not even our Regional party monitoring agent, Mr. Brogya Genfi, who has been duly accredited by the EC was granted access to the registration centres.

“We were informed by the Military that they have been ordered to prevent all/any NDC official and agents from accessing the registration centres.

“A meeting convened by the District Police Commander over this unlawful restraint of deserving participants by the Military where all stakeholders were present did not yield the required results because the Military was determined to execute the orders for which they were deployed”.