The President has also directed that all national flags should fly at half-mast for the next seven days.

President Akufo-Addo in an official statement announcing the former President’s death also said he, together with the Vice President Dr Mahamudu Bawumia have suspended their political campaigns for the same period. 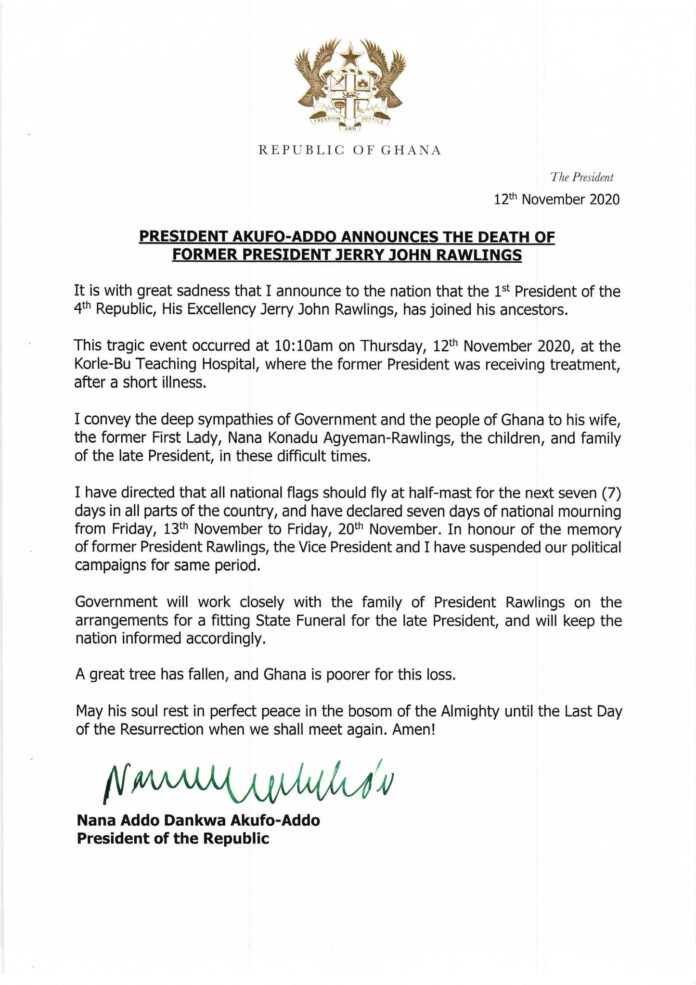