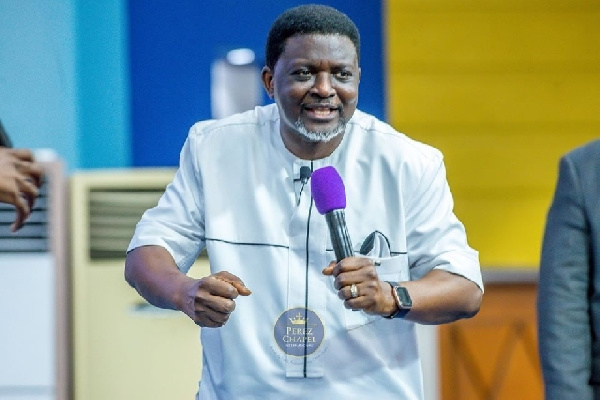 Pastors have become dumb dogs Bishop Agyinasare – Bishop Charles Agyinasare, founder and pioneer of Perez Chapel International has wailed over the quietness from the ministry in the nation with respect to bad behaviors by politicians.

As per the bishop, the pastorate who should consider government officials responsible by utilizing their platforms to drum the bad behaviors on the grounds that these politicians go to chapel and mosques, have choosen to disregard.

“So are our clergymen. Our clergy who should be saying it on the rooftop because many of these politicians go to our churches or the mosques. But the clergy, we have become dumb dogs. We are acting as if we don’t see what is happening,” he said in his sermon on Sunday titled ‘Get Rid of Envy’

He emphasized that pastors who come out strongly to oppose these bad behaviors of the government officials are labeled as ‘talkative’.

“And if you are a Pastor and you are talking, they say you are talking too much. Instead of teaching our electorate who are made up of our Church members and made up of the people who go to the Mosque, to hold our government accountable, we are competing in our visions about who will win and who will die.”

He upheld his message with a statement from the Book of Isaiah 56:10 which peruses; “His watchmen are (A)blind, They are all ignorant; (B)They are all dumb dogs, They cannot bark;[a]Sleeping, lying down, loving to slumber.”