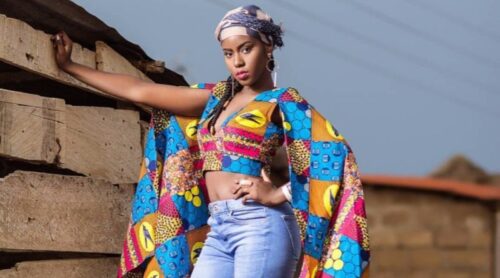 Mzvee fumes at blogger – Dancehal vocalist Mzvee is incensed at blogger George Britton for depicting her most recent rebound into the music business as feeble.

The artist manager was on Accra-based Happy Fm a month ago where he depicted the artist’s rebound as “neither good nor strong”.

As per him, it might be that her administration was not associated and may not have the foggiest idea about the Ghanaian business excessively well.”

Be that as it may, Mzvee who was on ‘The Zone’ with Cookie Tee said the blogger was fairly feeble for minimizing her comeback.

Mzvee went off the music scene because of depression. This was after she ended her eight-year contract with previous label Lynx Entertainment.

She has delivered four tunes, with the latest one ‘Baby’ she is currently promoting.

She deplored “what hurts me about this comment he made is, a woman could come out of all of this to stand on their own, shoot four very expensive and amazing videos to very amazing songs and come to this point. It’s not easy for anyone to do this. And then he will sit down behind his computer and write that my comeback is weak.”