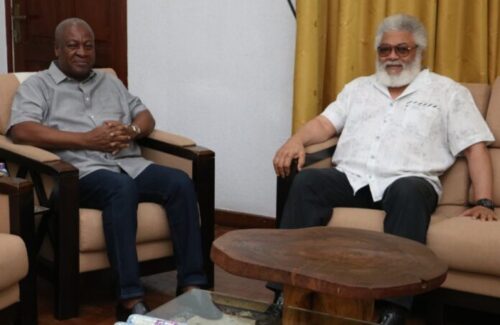 Mahama meets Rawlings over running mate choice, other NDC matters – Former President John Mahama has met founder of the NDC JJ Rawlings over developments in the party ahead of the December polls.

It is unclear what the two leaders discussed but reports say the NDC Flagbearer discussed his choice of running-mate with the founder.

Mr Mahama took to Facebook to announce the meeting.

“‪I called on HE Jerry John Rawlings, this morning in his office, to discuss a number of NDC-related issues. Very warm discussions as always,” Mahama wrote on Facebook. 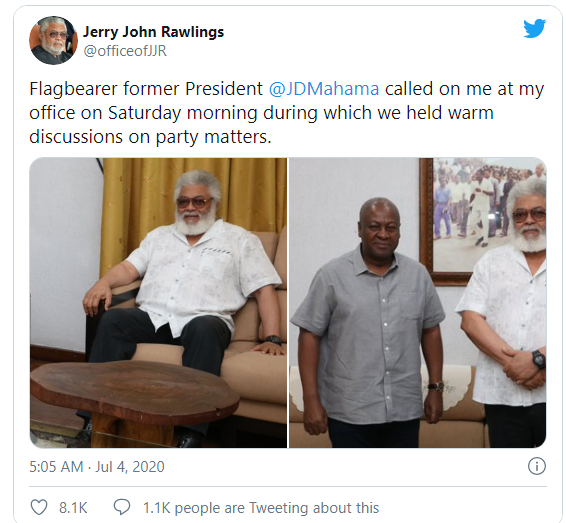 Flagbearer former President @JDMahama called on me at my office on Saturday morning during which we held warm discussions on party matters. pic.twitter.com/KVlczrZ2sM

Mr. Mahama is expected to announce his running mate next week.

Also, on the list is Dr Kwabena Duffuor, a former Finance Minister, banker and businessman, who once served as Governor of the Bank of Ghana (BOG).