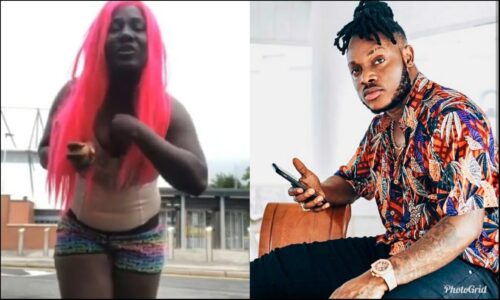 The lady, whose name is unknown, shared a video on social media on Tuesday, June 30, accusing Andrew of sending her nude photos to a friend.

According to her, her nude photos have flooded online as a result of the singer’s actions.

And instead of filing a lawsuit against him, she resorted to the old ways of resolving matters.

In the 20 seconds video, she is seen holding two eggs and calling on deities in her hometown to evoke curses on Andrew.

Watch the full video below.