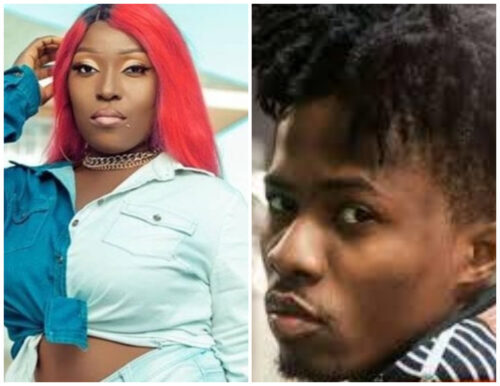 This follows remarks via web-based media about her work being a diss tune focusing on Kwesi Arthur for winning the Rapper of the Year Award at the 21st Vodafone Ghana Music Awards (VGMAs).

In a meeting with MzGee on New Day on TV3, Eno Barony noticed that her tune was to quiet her fans down and not to diss anyone.

“I had to do this conversation to my fans to calm them down because a lot of them were like why didn’t I win.

“So, I’m just trying to tell my fans that award or no award we still dey. I’m not defined by awards. I never won an award to be called the best, I became the best in my own way even though I haven’t won any award,” she said.

Solicited what she makes from Kwesi Arthur winning the honor, she stated, he merited it.

“He deserves it, that’s why he won the award. Kwesi Arthur is dope and I like him.”

She included that Kwesi Arthur winning the honor doesn’t mean he is superior to any of different artistes in the class.

“You can win the award but that doesn’t mean you’re the best.”