Kwadee’s People Were Not Cool With Me – Fameye 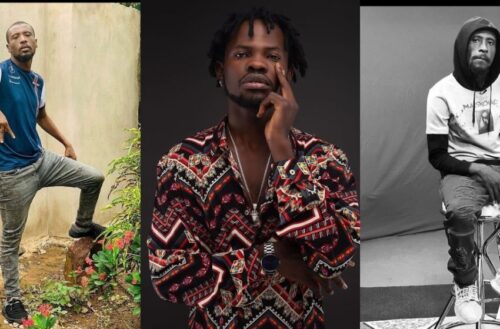 Kwadee’s people were not cool with me using his name, image in my song Fameye – Ruling New Artiste of the Year at the just-ended Vodafone Ghana Music Awards, Fameye, has spoken about how a few people near Okomfour Kwadee responded when they discovered that he had utilized the vocalist’s name and picture in his melody.

While talking in a meeting with Andy Dosty on Hitz FM, Fameye demonstrated that while the individuals near Kwadee were not furious about his activities, they were neither cheerful.

He included that he utilized Kwadee’s name and picture on the cover art and this didn’t agree with the individuals from the well known vocalist’s camp.

It isn’t yet known whether the individuals being alluded to are relatives of Kwadee or his administration.

Fameye added that he was sorry to the individuals and they arrived at a genial resolution.

He, notwithstanding, included that he was confident of doing a remix and another tune with Okomfour Kwadee if everything becomes all-good.