I Have Not Been Invited By The Police – Akuapem Poloo 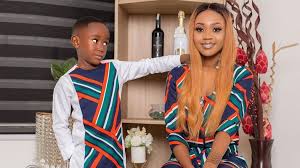 I Have Not Been Invited By The Police – Akuapem Poloo – Controversial social media celebrity and actress, Rosemond Brown, popularly known as Akuapen Poloo, has denied media reports circulating online that she has been invited by the Criminal Investigative Department (CID) of the Ghana Police Service over a photo she posted.

Earlier today news was rife on social media, that a child’s right organization, Child’s Right International, had reported Akuapem Poloo to the police, that a nude photo she posted which had her son in it was a violation of the welfare of the child, and an abuse to the privacy and dignity of the child.

In a report sighted, the actress said she has not received any call or invitation summoning her to the police headquarters.

“No one has invited me but I decided to pull down the picture because of the respect I have for those who called. I was not under pressure from anyone to pull the picture down but I did it out of respect,” she told Graphic Showbiz

It would be recalled that on June 30, 2020, Akuapen Poloo came under fire on social media, for posting a naked picture of herself and her son, which she took on his birthday.

After the pictures, social media users descended on her, claiming that it was inappropriate for her to be naked in front of her son. According to the trolls, the boy was not a child, and could be psychologically scared with such images released on social media.

Akuapem Poloo put up a spirited defense, advising those trolling her to focus on the message she was sending to her son rather than her naked body.

The pictures have since been deleted from her Instagram page.