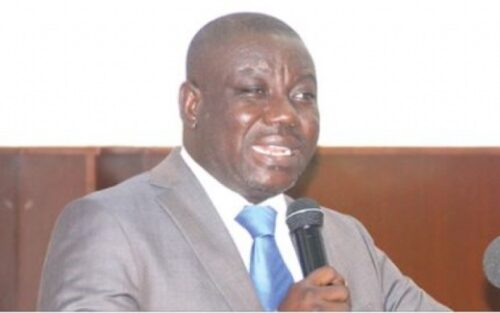 ‘Hopeless’ Mid-year Budget Minority – The Minority in Parliament has labeled the mid-year survey and supplementary budget statement as miserable.

Ken Ofori-Atta in his introduction declared measures pointed animating the nation’s economy in the midst of Covid-19.

The minister declared a decrease in CST from 9% to 5% and a insurance scheme for laborers who have been laid off because of the pandemic. Government has likewise stretched out free water and power to all Ghanaians for an additional three months.

The three and a half year program is focused at supporting organizations that may have suffered from the coronavirus pandemic.

Mr. Ofori-Atta finished with a solicitation for endorsement of over 11.8 billion cedis as beneficial financial plan.

In any case, in a response, the NDC MPs blamed the pastor for introducing NPP’s 2021 proclamation under the appearance of mid-year spending audit.

Bolgatanga Central MP Isaac Adongo said the whole introduction by the Finance Minister was disillusioning and a cunning endeavor by the legislature to take colossal entireties of cash from the state.

“When you put the finances in the hands of people who are clever thieves that is what you see today. I felt very sad sitting there and listening to the minister and with my professional eyes, seeing the attempts to plunder away and steal our national resources and finding a way to cover for it.”

“How on earth can you be coming for 11.8 billion and you don’t know what you are going to use it for. He is now going to sleep over it and think about the lie that he will come and tell the Finance committee but as at the time he was coming here today he only had expenditure of 5.3 billion but the minister is asking for 11. 8 billion cedis.”