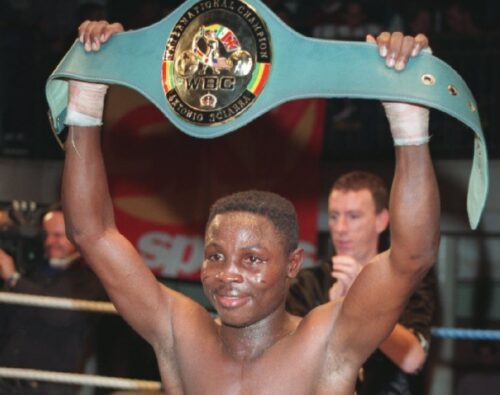 Kotey’s demise according to reports occurred on Tuesday, June 30 in the United States.

Unconfirmed reports indicate Ghana’s fifth world title winner had been unwell for some months now and was on life support until his death.

The spokesperson of the GBA, Sammy Heywood Okine told reporters his outfit was saddened by the development.

He described him as a well-mannered boxer who at his peak shied away from controversy.

“The whole GBA is very sad that death has laid its icy hands on Alfred Kotey. Our president said he is the first of our world title winners to die and that’s a huge disappointment. I knew him personally and he was a cool guy who did not like trouble”, he said.

The President of the GBA said “Sad news indeed. The very first of all our world champions to pass on. Alfred rest in peace”

He was on life support and had already been declared brain dead. This morning, Wonder Tackie told me that the life-support had been removed”.

Kotey is the first Ghanaian to win a WBO world title, a feat he achieved in 1994 against Rafael Del Valle of Puerto Rico.

WBO has also in a tweet paid tribute to the boxer who was widely known as Cobra.

Prior to becoming a professional fighter, Kotey competed at the 1988 Olympic Games.