Confusion In NDC Over Mills Anniversary 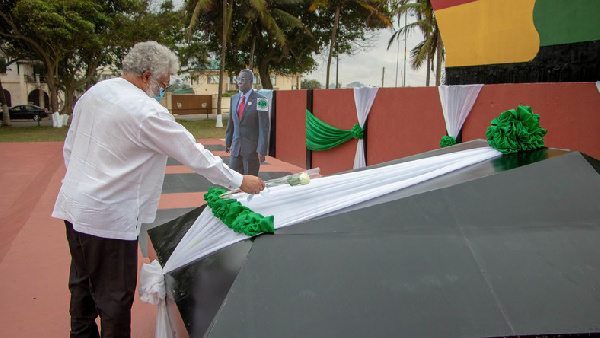 Confusion in NDC over Mills anniversary – The crack between Koku Anyidoho and others in the opposition National Democratic Congress (NDC) was perceptible yesterday when he organized out his own eighth commemoration of the demise of the late President Professor John Evans Atta Mills at the Asomdwe Park just for the opposition party to do its own remembrance not long after he had left the area.

Koku Anyidoho’s commemoration was done under the aegis of the Mills Institute which he built up out of appreciation for the late President he served intensely during the tenure of the tax law professor.

Koku Anyidoho, a supporter of Mills, didn’t shroud his hatred against the treatment of his late supervisor by the opposition party, a factor which seems to have represented the appearing break among him and the mainstream NDC under previous President John Mahama.

During the Koku Anyidoho version which began at about 7am, a couple of driving individuals from the NDC, including previous Speaker of Parliament Edward Doe Adjaho, were in participation.

Conveying a solidarity message for the benefit of the New Patriotic Party (NPP) during the Koku Anyidoho rendition of the recognition, Jerry Ahmed Shaib, Chief Executive Officer (CEO) of the Coastal Development Authority (CoDA), declared President Akufo-Addo’s vow to remodel the Asomdwe Park, the resting spot of Prof. Plants, close to the Independence Square at Osu, Accra, into a ultra-present day office befitting the status of the previous President.

The President’s reality about the Asomdwe venture was showed when the grass for the initiation of the undertaking was cut following the program for his benefit by Jerry Shaib.